Let’s face it, dating sucks. Seriously, who on earth really enjoys a first date? It’s awkward as hell trying to make eye contact, stressing out as you try to keep an empty conversation going. What do I order? I’m starving and craving pasta… but I should probably order a salad. Is he into me? Am I into him? Oh shit, we’ve run out of things to talk about.

But after a few uncomfortable dates, it’s rather nice. You have this person you enjoy spending time with and pretty soon you two are joined at the hip and sharing food AND toothbrushes.

Isn’t it wonderful to have someone who puts your needs before their own? Paul wakes up before me just to turn the shower on. He warms the water up so I can sleep in for an extra 30 seconds! It’s freakin amazing, but it’s almost expected now. The other day, as I was waiting for the water to warm up, I felt annoyed. Annoyed that I had to do it myself now that Paul is traveling… Serious first world problems I know, but I got to thinking about all the weird shit people do when they get into relationships.

Nicknames – I’m not talking babe, or sweetheart… I’m talking off the wall names that you give each other. Paul calls me Jigs, cause I have a jiggly butt. Seriously, such a guy thing to do. Beebs is the most commonly used term of endearment I turn to. It initially started off as babe. Then, as time went on, it morphed into Beeb (babe in a baby voice). Who knows why I threw an S at the end but there you have it. Being in a relationship means that a person’s mother-given birth name is now off limits. If one even dares to go down that road, shit will hit the fan. “I’m going to bed, Jacque” wasn’t one of Paul’s smartest statements. On the other hand, nothing says we’re in love like shouting “Beebsies, what kind of coffee creamer would you like?” in the middle of a Publix. 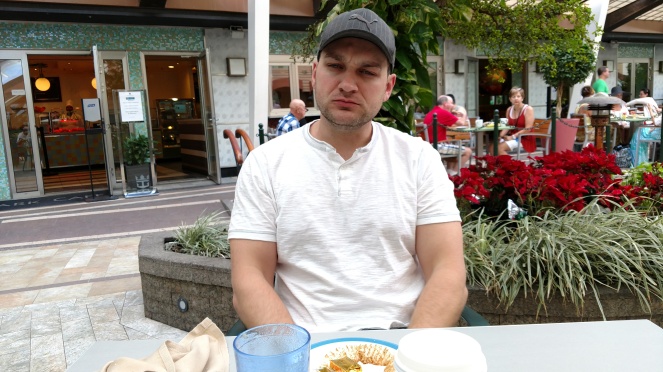 Baby Talk – Here’s the thing… no one likes listening to a grown woman talk to her boyfriend like he’s a two year old – but we all do it (at least I hope so). Something just happens when you fall in love. It forces you into these habits, and what was once a piece of chocolate is now a Tobes Lerrone.

Oversharing – I assuming we aren’t the only couple sharing every detail of our days with one another. From the time I wake up, until the time I go to sleep, we are connected. He knows if my mom calls and how long we spoke on the phone, he knows that I had a chef salad with ranch dressing and no tomatoes for lunch. He knows I stopped at Publix on the way home to return the Redbox movie I rented the night before. It’s a comfort thing for us. It makes me feel better (since he’s gone 5 days a week) knowing how connected we still are.

You Become Parents! – “Dali, where’s Papa? Is Papa going to take you for a walk?!” Being in a relationship with pets has a way of making you feel like you’re a little family… Maybe it’s my throbbing ovaries, longing for the day Paul and I have babies, or maybe I just can’t bear the thought of my dog being an orphan, but in Dali’s eyes, I am mommy and Paul is Papa. 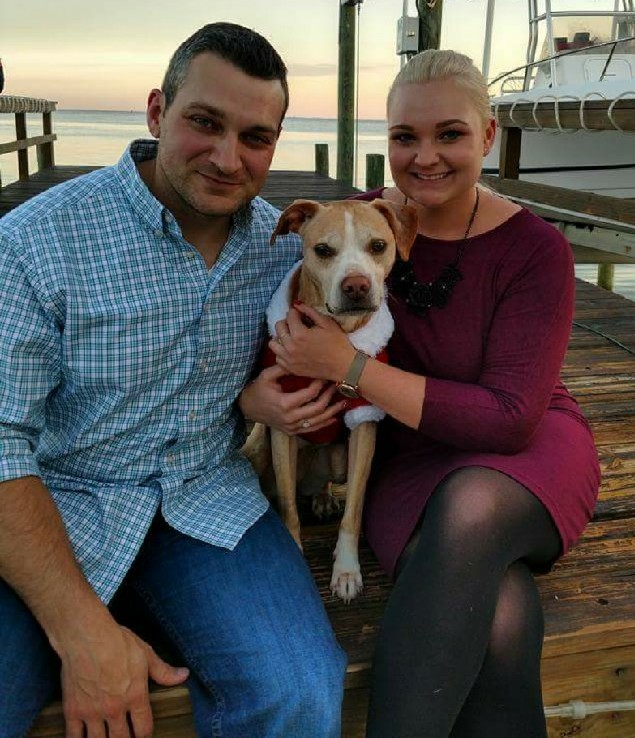 You Support Each Other – What better way to say I love you babe, than to comment on one of their posts while you two are sitting on the same couch together. Better yet, why not have a full blown conversation with one another via Facebook post comments? Admit it, you’ve done it. #relationshipgoals

You Rely on Each Other – Since Paul travels Monday-Friday… Every. Single. Week. We don’t get the luxury of waking up next to each other. But we do take turns using each other as an alarm clock. Instead of hearing that BEEP BEEP BEEP BEEP that usually wakes me up every morning… Paul calls me and I get to hear the sound of his sweet voice. ♥

Every relationship is different, but I’m sure you can all relate to these! If not, what’s something weird you and you significant other do together?